SAN FRANCISCO, August 24, 2022 — One of the world’s leading graphic designers filed suit today against internet design and printing giant, Zazzle, Inc., for cheating her business out of its intellectual property, which allowed Zazzle to earn hundreds of millions of dollars in ill-gotten profits.

Nicky Laatz, one of the leading custom premium font designers in the world, filed this action today in U.S. District Court for the Northern District of California, alleging that Zazzle fraudulently and secretly obtained her Blooming Elegant Trio of fonts software for use on Zazzle’s website. 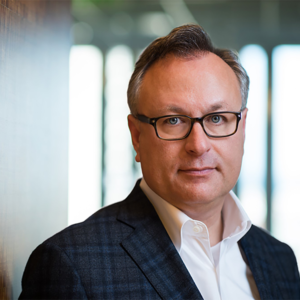 Zazzle instructed its senior network engineer to pose as an individual designer and obtain a single-user license for the Blooming Elegant Trio of fonts, but in reality the fonts were obtained for Zazzle’s illegal use. Zazzle then loaded the software onto its servers and made the fonts available to tens of millions of Zazzle designers and customers without permission or compensation to the designer.

Nicky Laatz typically charged $17 per user for these premium fonts. Because her Blooming Elegant Trio of fonts quickly became some of the most popular fonts on Zazzle, the company was able to earn hundreds of millions of dollars in profits from its illegal use of the fonts, and avoid paying hundreds of millions of dollars in licensing fees, with zero compensation to Ms. Laatz.

“This is a case of brazen fraud, committed by a widely recognized, multi-billion-dollar brand against the very kind of creative talent Zazzle claims to support,” said Ms. Laatz’s lead trial counsel, Patrick M. Ryan of the Bartko law firm. “When Zazzle couldn’t get a license for use on its site, Zazzle had one of its senior engineers pose as an individual designer so he could obtain a single-user license, all the while secretly planning to give the font software to Zazzle for use on its site.

“And then Zazzle turned around and gave its tens of millions of designers and users access to the fonts with zero compensation to the artist. This is outrageous and one of the clearest cut cases of fraud that I’ve ever seen in more than twenty years of practicing law,” said Mr. Ryan.

Zazzle, based in Menlo Park, is one of the most successful online marketplaces for designers looking to create and sell a wide range of customized items including invitations, business cards, holiday and greeting cards, clothing, art, and office supplies, to the public.

Zazzle is reportedly preparing for an IPO that would value it at up to $2 billion. Yet, while the company raked in hundreds of millions in profits from the unauthorized use of Laatz’s intellectual property for more than five years, she received not a single cent in royalties from Zazzle.

“Zazzle … is built on a lie that it supports, promotes, and fairly compensates artists and designers for their creative work. In reality, Zazzle’s high valuation and hundreds of millions of dollars in annual profits are largely due to the intellectual property of designers whom Zazzle has stolen from and failed to properly compensate, if at all,” according the lawsuit filed today.

Nicky Laatz, based in the UK, carefully created the Blooming Elegant Trio of fonts to be an extremely balanced and pleasing handwriting-style of fonts, and they are widely considered by designers to be among the best such fonts available. Indeed, their reputation and popularity was such that Zazzle actively marketed the fonts by name, and Blooming Elegant quickly became listed as the #2 script font by Zazzle starting over three years ago.

The complaint alleges that the Blooming Elegant Trio of fonts are the most popular fonts with Zazzle’s most successful graphic designers who have their own online storefronts on Zazzle’s website and whose work is featured among Zazzle’s most popular designs and products.

The Blooming Elegant Trio proved extremely profitable for Zazzle. These fonts became the major design element in countless highly popular items by some of Zazzle’s most successful designers, including ten of Zazzle’s 24 most popular business card designs and many of its top wedding invitations. Several of Zazzle’s highest-earning designers, who earn hundreds of thousands of dollars or more a year on Zazzle, relied on the fonts for a substantial portion of their product offerings.

Two years ago, in late August 2020, Laatz discovered the deception when a Zazzle user contacted her for assistance with using the fonts on the Zazzle website. Shocked, Laatz demanded that Zazzle cease offering her fonts to its designers and customers. She also demanded that Zazzle provide her with a full list of products designed on and/or sold through its website that used her fonts, and a complete accounting of the company’s revenues and profits from the illegitimate use of her intellectual property.

“Sadly, this appears to be a pattern of behavior for Zazzle, which has done the same thing to other custom font designers,” added Ryan. “We are asking the court not only to compensate Nicky for the designers and millions of dollars they diverted from her business, but to disgorge Zazzle’s massive profits that it earned off Nicky Laatz’s brilliant designs.”

About the Bartko law firm

Bartko, established more than 40 years ago, is a boutique law firm specializing in national and international complex litigation and investigations, as well as real estate and franchising transactions.

Bartko’s lead trial counsel in this case is Patrick M. Ryan, who is one of the most successful trial lawyers in the United States. Recent victories include: (1) acting as co-lead counsel in defending Sutter Health from antitrust allegations by class action plaintiffs in the Northern District of California where, after a 5-week trial, the jury returned a verdict in favor of Sutter Health and against the plaintiffs who sought $411 million in damages, which would have been subject to trebling; (2) lead counsel for the plaintiff in a trade secret case in Santa Clara County, California, where he obtained a nearly $900 Million jury verdict on behalf of a major international technology company.

In 2020, Patrick was named a Top Trade Secret Lawyer for 2020 by the California Daily Journal. As a result of one of his jury verdicts, Bartko was ranked as Number 3 in the Top 100 Verdicts—published by The National Law Journal (June 2019)—and having the highest ranked intellectual property victory in the United States for that year. And the California Daily Journal’s Top Verdicts publication named Patrick’s case the highest Intellectual Property and Trade Secrets victory in California and the Number 2 highest judgment overall for 2019.

As part of his practice, Patrick helps businesses better protect their intellectual property and coordinates investigations into potential IP theft for companies accused of stealing trade secrets and for companies that might have been the victims of such theft. In this case, Patrick seeks to vindicate the rights of an important artist whose IP was stolen and exploited by Zazzle.

Co-counsel Stephen Steinberg is a trial lawyer at Bartko specializing in representing technology companies in disputes involving intellectual property and other complex business issues, including claims for theft of trade secrets, trademark and copyright infringement, and disputes involving startups and founders. He regularly represents both plaintiffs and defendants in such cases, and counsels companies on how to protect their intellectual property from competitors and how to avoid claims by competitors against them. He second-chaired the trial in the aforementioned trade secret case that led to a nearly $900 Million jury verdict that was ranked as one of the largest in 2019. 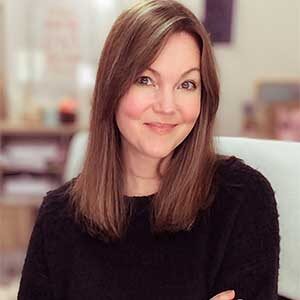 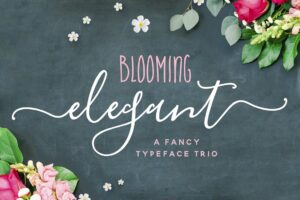